In today’s hyper-connected world some new type of  borders have born beside the old ones. Some walls and fences had been upgraded with more efficient sensors, reducing the costs, thus being able to build more of them and longer ones, like the one built between Mexico and  USA. Other walls lost their function and became tourist attractions like the “Great Chinese Wall”, or the “Peace Wall” in Belfast.

Our computer screen is a wall and a window in the same time, like the surface of a sponge. Information is going in and out like water drops, splitting in many parts, most of them getting stuck and stored in the sponge.
This exhibition explores some of these borders. There are four installations, a souvenir and a happening made at the opening.

This piece is located in Odyssey Simulator on the ground. It has a animated graffiti on it with climbing contours of people (similar to chalk drawing at death scenes). In front of the wall there is a red teleport button, which teleports you to the exhibition’s place (700 meter in the sky) so you don’t have to climb.

A building, like an arena, is divided by a thick border formed of several bricks.
The audience can decide on which side of the barricade they will be – left or right – choose if they want to be brave warriors and play on the arena, or fighting from the cloud-seats; then start to push the border-bricks making their own territory larger, meaning the other party’s territory gets smaller. For a short moment one of the parties can win by eliminating the other side’s territory. The opponents are either “killed” by the bricks or they can jump up on the border and have an uncertain life in a pseudo-territory.

Starting from the basic functions of a building, I have created a two element non-building, which has an entrance and an exit but it doesn’t have a well defined 3d inner space.
A general building is a mostly closed segment of the space. It is a protective shelter for it’s residents and their belongings mainly from weather, and it offers comfort, safety and privacy.

In this case the walls are mixed with windows and they form a gradient material, from transparent to black respectively to white. If we presume that the more transparent the wall is, then the more rain, wind and sunlight goes through (imagine as nano raster-holes). The most secure place starts where it actually ends, namely the junction plain of these black and white elements. Only this non physical plain/wall can be named as shelter.

The structure doesn’t slice from the space to create an inner space – it is part of it and it dies when it is born. If there is no interior space, we can’t talk about building, but only about a gateway, a liminal space.
Some day I’d like to build this piece in a “real” environment in a context of experimental architecture.

The original plan was to use 3-3 brick from the wall and create two stairs (see image below), but when I textured the bricks, I accidentally created an optical illusion. Go with your avatar close to the wall, then turn left and right, you will see an illusion of stairs, mostly in the opposite direction.

Description of the the install-action/happening.
I’ve put scripted balls on the floor, and ask the closest person to “touch” one, then sit on my back, then another person is asked to sit on the back of the previous person and so on. Our bodies form a shape similar to a diagonal line. Then I go to the edge of the exhibition’s territory and sit on an non-physical object (gravity does not attract it). Slowly I lean forward moving the diagonal’s direction outwards. At some point I release myself from the object and start to fall/fly down. Because of the high speed the person on my back couldn’t follow me (glitch) so she flew back on the expo’s place with the other 6 people on her back. When I flew back from the ground software realized that I am back and they get stuck to me again.

Anybody can take copies of the black and a white umbrella placed on the entrances of the Gateway. 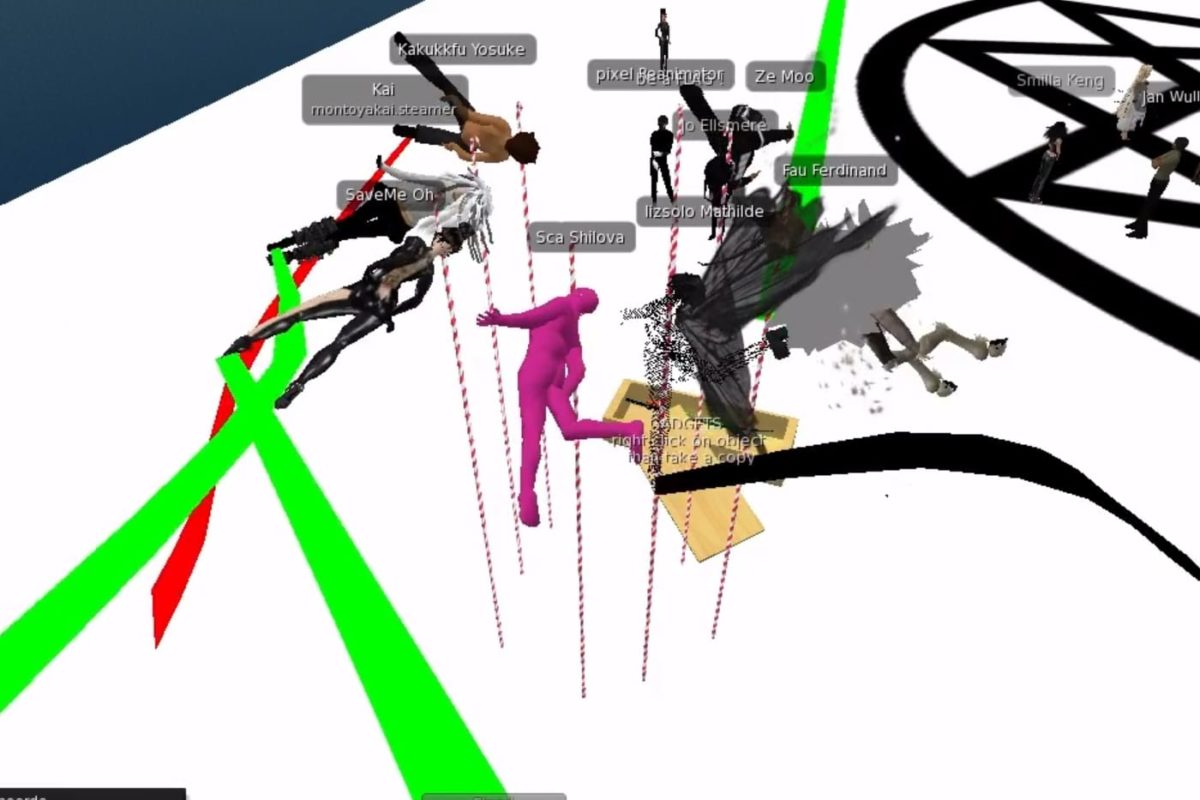 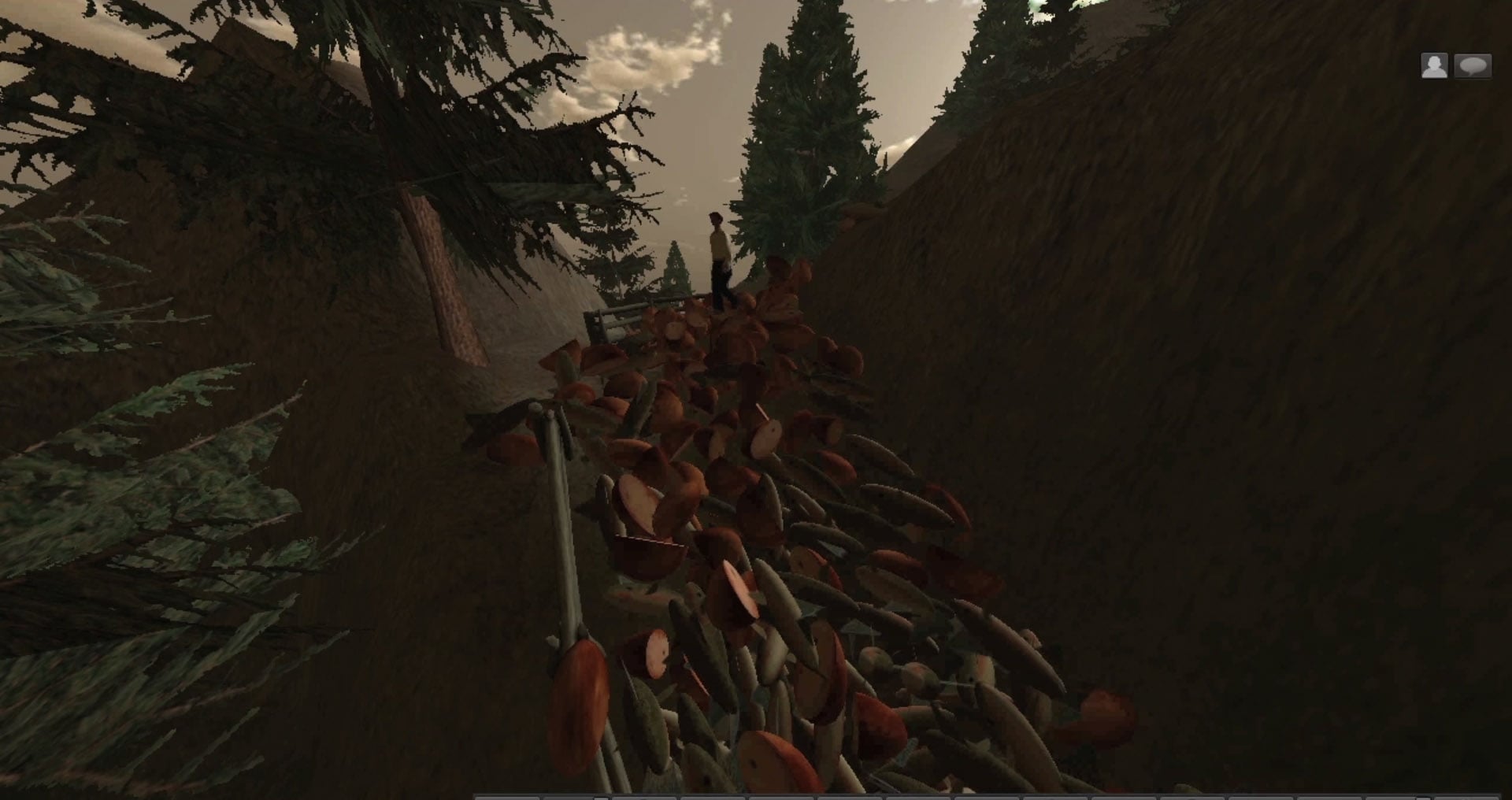 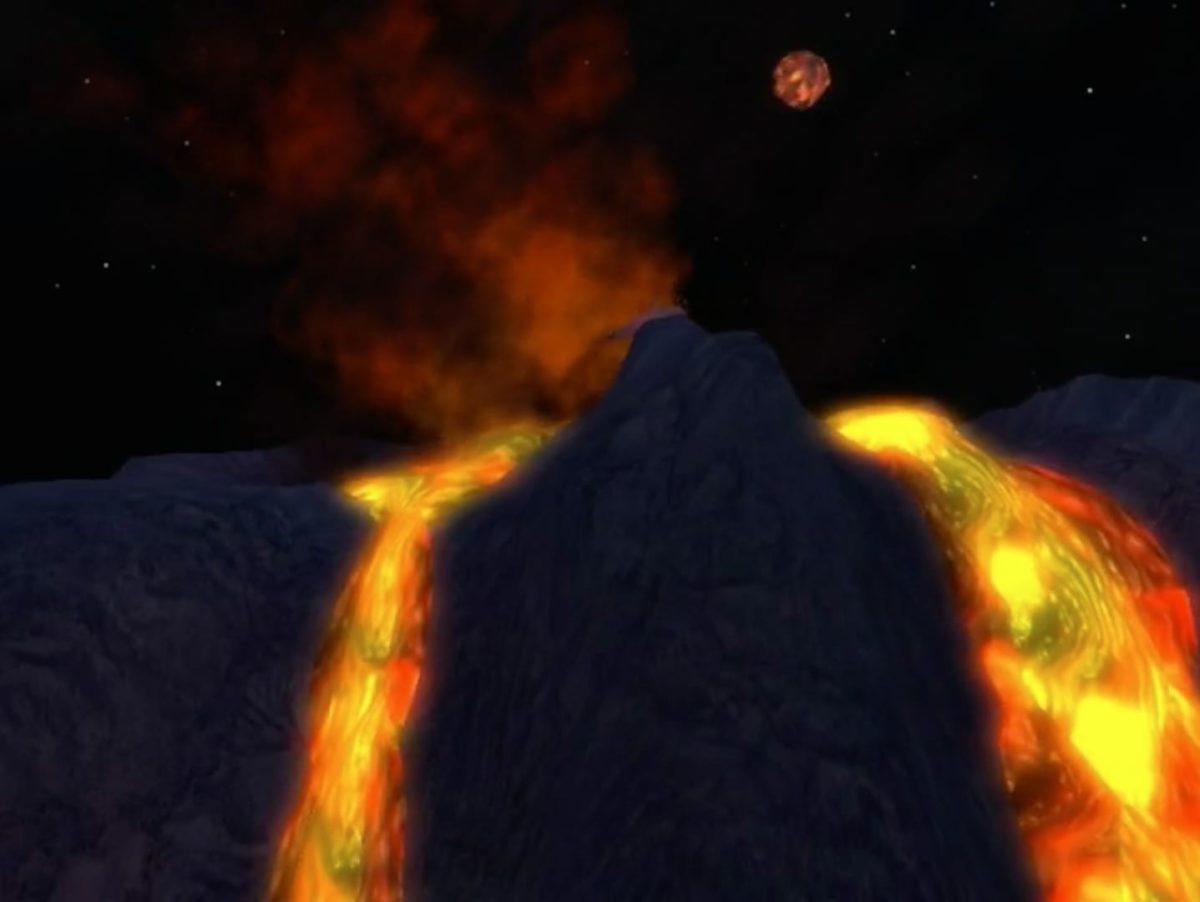